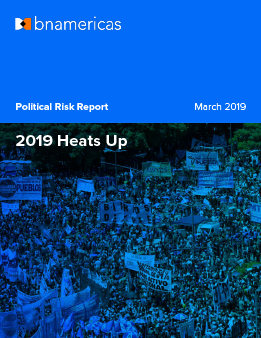 The holidays are over in Latin America: Argentina had its first electoral test before the October elections, while Jair Bolsonaro continues to generate headlines in Brazil diverting attention from public policy debates. We also look at AMLO's weak points in Mexico, and introduce a rising political star in Peru.